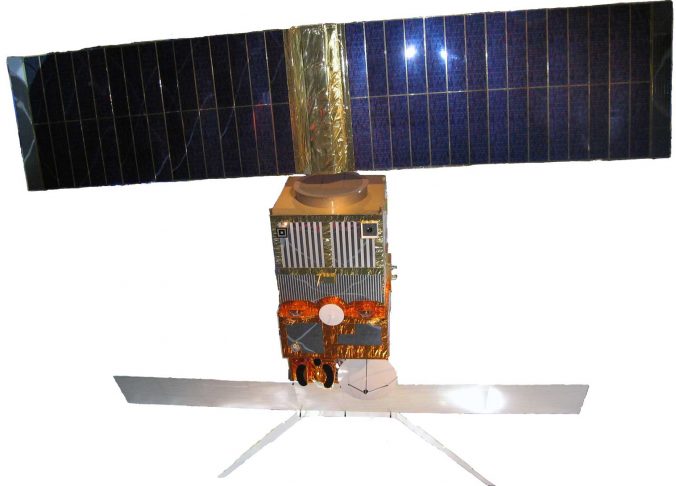 The European Remote Sensing satellite ERS-1, launched in 1991, carried a comprehensive payload including an imaging synthetic aperture radar, a radar altimeter and other powerful instruments to measure ocean surface temperature and winds at sea. ERS-2, which overlapped with ERS-1, was launched in 1995 with an additional sensor for atmospheric ozone research.

At their time of launch the two ERS satellites were the most sophisticated Earth observation spacecraft ever developed and launched by Europe. These highly successful ESA satellites collected a wealth of valuable data on Earth’s land surfaces, oceans, and polar caps and were called upon to monitor natural disasters such as severe flooding or earthquakes in remote parts of the world.

Both ERS satellites were designed as identical twins with an extra instrument to monitor ozone levels in the atmosphere on ERS-2.

Shortly after the launch of ERS-2 in 1995 ESA decided to link the two satellites in the first ‘tandem’ mission which lasted for nine months. During this time the increased frequency and level of data available to scientists offered a unique opportunity to observe changes over a very short space of time, as both satellites orbited Earth only 24 hours apart.

In March 2000, a computer and gyro control failure led to ERS-1 finally ending its operations, after far exceeding its planned lifetime.

In July 2011, ERS-2 was retired and the process of deorbiting the satellite began.

See more information on both ERS and on the altimeter (RA) onboard ERS-1 and ERS-2 on ESA Earth online.